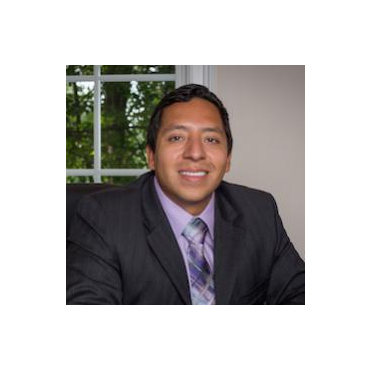 Alexander was adopted from Bogota, Colombia and grew up in the triad area of North Carolina. He now lives in Greensboro with his wife Aziza, their son, and their two dogs Midas (Boxer/Pitt Bull mix) and Roxana (Labrador/Great Dane mix). Alexander attended UNC Chapel Hill where he earned a Bachelor of Arts degree in Philosophy and he earned his Juris Doctorate from the University of Villanova School of Law. He remains involved in his community through various professional organizations and he has spoken: on the radio, to student & parent groups, at community events and to local officials/agencies about various immigration topics. If you or an organization you are involved with would be interested in attorney Eiffe discussing or presenting on an immigration topic to your group, please contact our office.

Attorney Eiffe’s practice spans all areas of immigration law including family based immigration, employment based immigration, and removal defense. He is an experienced attorney who has personally handled cases for citizen/nationals of over 50 different countries. Alexander is a firm believer that clients and potential clients deserve a true and non-sugar-coated assessment of their cases. In the current political climate and in the midst of ongoing and very public debate about immigration, people absolutely need to talk to an attorney to discuss their options.

ICE (Immigration and Customs Enforcement), have ramped up activity in the Carolinas and around the U.S. in recent months and practicing immigration law before the immigration court or before USCIS (“U.S. Citizenship and Immigration Services”) has seen fundamental shifts in the past few years. Our office does not expect the constant shifting of the legal landscape to slow down or stop anytime soon. Attorney Alexander J. Eiffe and his team have the experience and knowledge to help our clients navigate the shifting seas of immigration. Please call to schedule a consultation today!