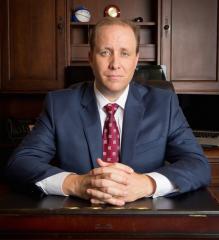 Adam G. Linett, the founding member of A.G. Linett & Associates, PA, enjoys practicing law as a trial lawyer. After graduation from Duke Law School in 2000, he moved to New York where his work primarily focused on defense litigation and appellate work in a number of jurisdictions across the United States.

In 2005, Adam and his family moved back to North Carolina. Early the next year, he started his present firm in Greensboro, which has expanded quickly. The firm was originally located on Muirs Chapel Road, but when that office proved to be too small, in 2008 the firm relocated to Pisgah Church Road. In 2013, the firm moved once again to its own building, located at 4914 West Market Street, Greensboro, NC 27407. In late 2017, the firm expanded into a second building next door at 4910 West Market Street, completely remodeled the building and property, and dedicated that building to the firm's Immigration law practice. 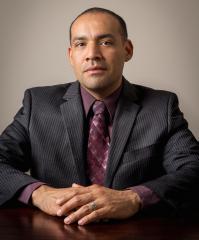 Carlos A. Osegueda, Jr. is an associate counsel at A.G. Linett and Associates.

Mr. Osegueda is licensed both in North Carolina and California. At A.G. Linett & Associates, Mr. Osegueda’s practice includes immigration, family law, personal injury and traffic matters. Prior to his move to North Carolina with his family in 2007, Carlos practiced as an attorney in a large Sacramento based law firm in an array of areas including defending both private and public entity clients from discrimination claims, defending public entity civil right claims, employment law, products liability and personal injury. His experience includes negotiations, depositions, pre-trial motions in both state and federal courts.

More about Carlos A. Osegueda, Jr. 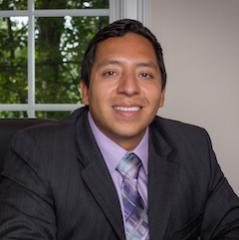 Alexander J. Eiffe is an associate counsel at A.G. Linett and Associates. Alex is licensed to practice law in North Carolina, and Pennsylvania. Alex’s practice at A.G. Linett & Associates focuses on the constantly evolving field of Immigration Law.

Alex grew up in this area of North Carolina and attended UNC Chapel Hill where he earned a Bachelor of Arts degree in Philosophy. He earned his law degree from the University of Villanova School of Law. In law school Alex was Co-President of the Latin American Law Student Association and acted as Villanoa's representative to the Hispanic Bar Association of Pennsylvania for two years. 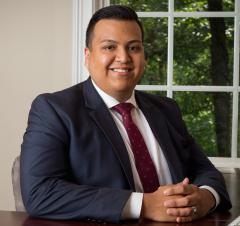 Eliu’s practice is focused on plaintiffs' workers’ compensation cases and general litigation. Eliu joined A.G. Linett & Associates in the spring of 2015. Prior to joining the firm as an associate, Eliu was a volunteer Assistant District Attorney in the Wake County District Attorney’s Office. Eliu is a native of New Jersey, but grew up in the Piedmont area of North Carolina.